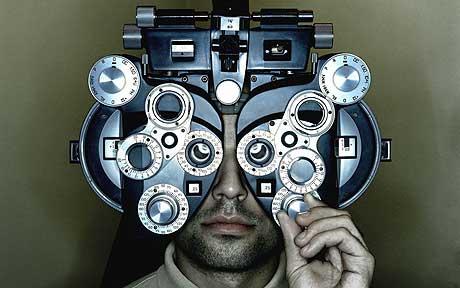 During a routine eye examination, an optometrist or ophthalmologist will evaluate visual acuity. The result is expressed as two numerical values, such as 20/20 or 20/40. Everyone has heard these numbers before, but what really is 20/20 vision? 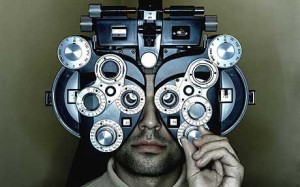 Visual acuity can be defined as the degree of visual clarity. It is affected by the retina’s ability to sharply focus on an image. One visual acuity test involves reading lines from a chart posted several feet ahead. This chart, known as the Snellen chart, displays rows of letters that decrease in size as rows progress down. During this test, the patient is asked to cover one eye and read these lines of characters. He or she then covers the other eye and repeats the exercise. Based upon performance, the measurement of visual acuity may be determined.

The first digit of 20 indicates the distance between the patient and the chart, which are separated by 20 feet. In smaller office settings, the chart is scaled through the use of projectors to mimic the appearance of the 20-foot distance. The second digit refers to the patient’s sight. Each row of letters on the Snellen chart corresponds with a number. As the rows progressively decrease in size, the corresponding numerical value also decreases. This simply means that the smaller the letters one is able to read clearly on the chart, the lower the number and the better the visual acuity is.

A 20/20 visual acuity does not necessarily mean that a person has perfect vision. This value is only a measurement of one’s visual capacity to distinguish shapes and details of objects at a distance. Additional visual acuity tests must be performed in order to evaluate other important visual aspects, including color perception, depth perception and peripheral vision. These tests include a refraction assessment. Refraction determines how efficiently light waves penetrate the cornea and lens of the eye. For the refraction assessment test, the patient sits with his or her face behind a mask-like device called a phoropter. This device is comprised of numerous wheels of lenses. The doctor adjusts these refracting lenses several times to provide various visual combinations. The patient is asked to compare visual perceptions of both eyes. For example, he or she will be asked to choose the side that appears more focused, or to announce when two moving characters appear to become perfectly aligned. By determining eye coordination, depth perception and other aspects that can affect vision, the refraction assessment allows the doctor to fine tune his or her evaluation of the patient’s overall visual acuity.

From this series of visual acuity tests, the assessment value is assigned. If there are any visual deficits present, they will be noted and a plan for visual correction will be discussed.

Some of the more common visual deficits include hyperopia, known commonly as farsightedness, in which objects are seen clearly at a distance, but appear blurry when seen up close. Myopia is often referred to as nearsightedness, characterized as the opposite of hyperopia. The myopic patient sees objects clearly when they are close, but objects seen at a distance appear blurry. In the case of astigmatism, both distant and close objects appear blurry.

The goal of visual correction is to achieve 20/20 visual acuity. This may be accomplished with corrective lenses as well as corrective laser surgery. Due to significant advancements in laser in-situkeratomileusis (LASIK) surgery, this has become the most sought-after option for patients diagnosed with myopia, hyperopia and astigmatism. Many patients who underwent the LASIK procedure subsequently reported seeing more clearly than ever before.

While you don’t need to have 20/20 vision to drive a car, captain pontoon boats, cruise on a motorcycle, or fly a plane, it’s certainly nice to have for those of us lucky enough to still have 20/20 vision. By scheduling eye examinations regularly, diminishment of visual ability can be detected and corrective steps taken to provide 20/20 visual acuity, relieve strain on the eyes and preserve better vision in the years ahead.

20/20 Institute is the leader in vision correction in the Denver-Metro area. Call for a free consultation if you want to know if you qualify for the best LASIK in Denver. Photo credit: edwardsnyder.com