What Are the Most Popular E-Liquid Brands in 2019? 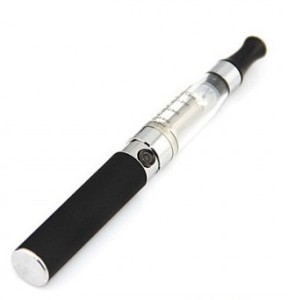 When you browse the e-liquid brands at your favorite vape shop’s website, you’re likely to see brands that number in the dozens. You’ll see so many brands, in fact, that simply browsing all of them – let alone choosing one e-liquid flavor to buy out of the hundreds available – may seem like an almost impossible task. Have you become lost on the way to vape juice nirvana? This article is here to help. You can forget about browsing through the products available from every e-liquid company on the planet and go straight to the best with this list of the most popular e-liquid brands of 2019. 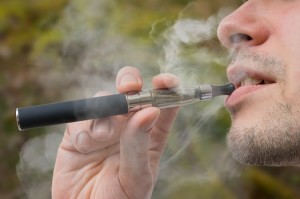 With their cryptic flavor numbering system and famous bearded logo, Beard Vape Co is one of the best known of all e-liquid companies. Before Beard Vape Co launched, the company’s founders created dozens of prototype e-liquids and put those juices through the paces with friends and family members. The numbered Beard Vape e-liquids on the market today are the ones that made it through the testing phase and were deemed good enough to become finished products. Those e-liquids got through Beard Vape’s initial trials for a good reason: They’re all delicious. If you’re trying Beard Vape for the first time, though, we suggest skipping the original range of numbered e-liquids and heading straight for a vape juice called “The One.”

The One by Beard Vape Co is the result of a crazy idea that actually worked, and the name comes from Beard Vape’s goal in creating the e-liquid. With The One, Beard set out to create a vape juice combining all of the vaping community’s favorite flavor notes in a single bottle. The One delivers a combination of strawberry, doughnut, cereal and cream flavors. While it may not seem possible to combine all four of those flavors in a single vape juice and have the different notes remain distinct from one another, that is exactly what has happened here. Vaping The One is a bit like eating a doughnut covered with strawberry icing and sweet cereal after dunking it in milk.

If you like the original The One e-liquid, you’ll love Beard’s new blueberry and apple variations of that now legendary flavor.

You simply can’t publish a list of the most popular e-liquid brands without mentioning Naked 100. It’s virtually impossible to visit any decently stocked vape shop without seeing a shelf full of Naked 100 e-liquids, and when you feel like trying something new, you can’t go wrong if you decide to try a new flavor from this brand.

With one of the most varied flavor selections in the entire vaping industry, choosing a single signature flavor from Naked 100 is a virtually impossible task. If we had to single out one flavor, though, Amazing Mango would be the one we’d choose. If you’ve been vaping for a while, you already know that the flavor note of mango has practically changed the vaping industry on its own. Until mango vape pods became the big thing, strawberry was the most popular fruity e-liquid flavor by a wide margin. Today, though, practically every e-liquid company worth its salt has at least one mango flavor available – and some companies even offer more than one mango vape juice. Naked 100, however, has done something completely different with their mango e-liquid by blending a mango base with notes of rich cream and luscious peach. You won’t find another e-juice like it anywhere.

Some of the sweetest e-liquids on the planet, Mad Hatter e-liquids are almost as legendary for their flavor as they are for the fact that they’re coil killers. As soon as you taste Mad Hatter’s e-liquids, though, you’re not likely to mind the quick coil death – but this is definitely an e-liquid brand that you’re most likely to enjoy to the fullest if you build your own coils. Using a coil-killing e-liquid with expensive pre-built coils is never fun.

Mad Hatter’s signature e-liquid flavor is probably I Love Donuts, an e-liquid that tastes shockingly close to the flavor of an actual blueberry doughnut. While that e-liquid is definitely deserving of the recognition it has received, it’s not likely to be the first doughnut vape juice you’ve ever tried because there are plenty of other e-liquids featuring that flavor note on the market.

The true standout in Mad Hatter’s flavor lineup is I Love Taffy. While you’ve probably already tried several doughnut e-liquids, we can bet that you’ve never seen a peach taffy vape juice before. Mild on the peach but heavy on the taffy, I Love Taffy tastes like a trip to the corner candy store – and while it’s quite sweet, it’s definitely not cloying. It certainly qualifies as an all-day vape for fans of peach or candy flavors.

If any e-liquid brand has been in the industry long enough to be considered a true legend, we’d have to say it is Cuttwood. They’ve been around so long that they’ve stuck around through changing preferences in nicotine strengths, bottle types, bottle sizes and more. Cuttwood has started some e-liquid flavor trends and followed some others. Through it all, they’ve managed to remain successful and popular, and that’s a testament to their commitment to quality and willingness to listen to and honor the desires of the vaping community. No other e-liquid brand has done quite as much for the vaping community as Cuttwood.

When an e-liquid brand is as popular as Cuttwood, it’s safe to say that every e-liquid they make is considered a legend by some members of the vaping community. If we had to pick just one signature flavor, though, we’d have to say Bird Brains deserves that honor. Bird Brains is a cereal e-liquid that’s a dead ringer for the “fruity loops” cereal that we all loved as children. It’s got plenty of tangy fruit flavor to go with its base note of toasted cereal grains. It’s even got a nice flavor of smooth, creamy milk on the exhale. Cereal is one of the most popular vape juice flavors today, and it’s safe to say that Cuttwood had a major hand in starting that trend.