Hypnosis
8 years ago
by BerryRipe 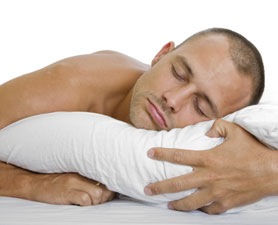 An often overlooked method to change your unwanted behaviors and bad habits is through the use of hypnosis. One of the reasons for this is that people simply are not informed of what hypnosis is and how it works.

An inaccurate concept of hypnosis

To begin with, the image of hypnosis that comes from the movies and television must be removed from your mind. When seen in the world of fiction, people become hypnotized and do all sorts of things; much of this behavior is something that an individual wouldn’t think of doing when they are not under hypnosis. To make matters worse, people are seen placed under hypnosis against their will.

What hypnosis cannot do to you

It is common for people to go into a state of hypnosis during the course of their day without realizing that they are doing it. When people are aware that they are doing this, they often give it a different name such as daydreaming. When it is done intentionally, it is often called meditation. .

The value of a hypnotherapist

By using a professional hypnotherapist, you will be guided into this state. For many people, it is difficult to relax, and they need help to get to the point where a hypnotic state is even possible. Once a state of hypnosis is achieved, a hypnotherapist can make suggestions to you concerning a behavioral change that you want to make in your life. A professional will know the best way to approach the problem you are addressing and what suggestion will get the best results for you.

You can learn more by contacting a local clinical hypnotherapist. Examples in the Chicago area include Jeanne Clark, Hypnosis and Psychotherapy and Mary Kullman, Alpha Counseling Center.