The Chiles of Mexico: Your Guide to Mexican Hot Peppers 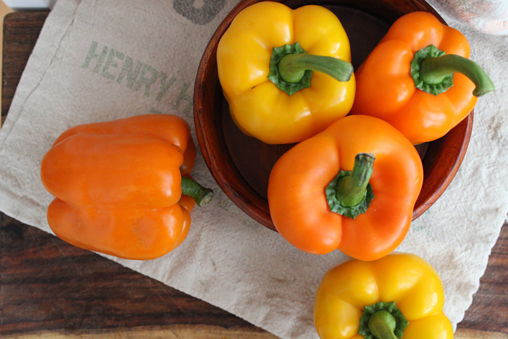 Chili peppers are known all over the world for their variety of uses and, and broad range of flavors. From the tantalizingly sweet to the face-meltingly spicy, chili peppers are used in a variety of preparations world wide. But what you may not know is that all chilis originate in mexico and central america. 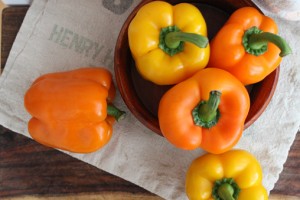 These perennial shrubs belonging to the Capsicum family were completely unknown to most of the world until Christopher Columbus made his way to the New World in 1492. Prior to that time, chili peppers had been a staple food of the indigenous people of Mexico and Central America for thousands of years.

The result of the spice trade was that many varieties of chili found their way across the globe, some as far as the orient. Along the way, different regional varieties were developed through the cross-breeding of different cultivars to produce chili peppers that were best suited to a variety of uses; a practice still widely implemented today, with many chili growers taking up the challenge of growing ever hotter varieties.

In this article, we will be learning about some of the various types of chili peppers, ranging from mild to hot, that are synonymous with mexican cooking and might be found in your favorite Summerlin Restaurant.

Anaheim peppers are the mildest variety of chili pepper, with a Scoville index that ranges between 500-2,500 Scoville units. Sometimes known as Magdalenas, these peppers are defined by their curved, lime green fruit and their mild, sweet flavor.

Although these chiles originated in New Mexico and are sometimes known as New Mexico peppers, these chilis are nonetheless a popular ingredient in mexican cooking.

Anaheim Peppers are sometimes used for making stuffed Chiles Rellenos, and are a commonly used ingredient in salsas.

This variety of chile is another mild cultivar that grows well in hot dry climates. It’s heat index ranges between 1,000-2,000 Scoville units. Poblanos take their name from the Puebla region of northern mexico, to which they are native. The term “poblano” is also a common description for any person from Puebla.

This chili is a favorite in mexican cooking and is known for its thick-walled, mildly hot fruit and rich, mellow flavor Poblanos which are allowed to ripen on the vine will turn a dark red and have a significantly more spicy flavor. When dried, these peppers are known as chili ancho, and are a favorite flavoring addition to the traditional mexican favorite known as mole poblano, Which is a blend of flavors and ingredients that is deeply rooted in the scarce and scant times of mexican history.

With a scoville index between  1,000-3,000 Scoville units, the cascabel chili is commonly used to flavor soups, stews and sauces.

Cascabel chile, also known as the rattle chili, gets its name from the tendency of loose seeds to rattle inside a dried cascabel when shaken. The color of the fresh cascabels can range from green to red, with dried cascabels taking on a much darker color.

The flavor of this variety of chili is slightly acidic with nutty undertones and ample heat. It can be used on just about anything but goes especially well with grilled meats and as an addition to salsas.

The guajillo chili is known for its thin, deep red flesh. It has a somewhat fruity flavor, like that of berries, and has a rather low amount of heat due to it’s 2,500-5,000 Scoville rating. They are sometimes used to make salsa salsa for a sweet taste with a surprisingly hot finish.

Guajillos are also used for their flavor in a variety of preparations, especially as a flavoring for chicken. It is also very common to find guajillos and their smaller, yet slightly more spicy cousin the puya chili used as an ingredient in sweet and spicy chili candies that are quite popular among children and adults alike.

Jalapeño peppers are pretty much synonymous with mexican and southwestern cooking. With a scoville index that can range between 2,500–10,000 Scoville Units, dishes prepared with jalapeño peppers can range from mild, to quite spicy.

Jalapeños are among the most common and widely used chiles not only in mexico, but also abroad. When ripened on the vine, jalapeños become bright red and quite a bit spicier than the green variety. Ripe jalapenos are commonly referred to as chipotles, especially when packed in adobo spices, however other varieties of red chiles are sometimes used.

These spicy little chilis are a massively popular ingredient in Mexican cooking. With a heat index that ranges between 15,000-30,000 Scoville units, these small and skinny chili peppers pack a fiery punch that may bring tears to the eyes of those who are not accustomed to eating the spiciest foods.

Chile de Arbol is primarily used in powdered form to make sauces, but can also be used in soups and stews. Also known as either bird’s beak chile or rat’s tail chile, these bright red peppers can be found either dried fresh or powdered, and can be substituted for cayenne pepper in most recipes. Do not be deceived by the size of these peppers however, as the smallest chilis tend to pack the most heat.

Habañeros are among the hottest of chiles used in mexican cuisine, with a scoville index between 100,000–350,000 scoville units. Known for its small size, thin waxy skin, and intense heat, these chilis are best used sparingly.

Unripe Habañeros are light green, but ripen to bright orange or red, with white and brown varieties also available, but less common.

As is the case with all chiles, but even more so with habañeros, care should be taken not to let the seeds or vein of this chili come in contact with your skin or eyes, as the result can range from mildly irritating to excruciatingly painful, depending on the body part affected. It is best to wear gloves when handling any kind of hot chili peppers.

Chili peppers have always been, and will doubtlessly continue to be a major part of mexican cuisine, and have become much loved for their unique flavor around the globe. There are literally hundreds of varieties of chiles from around the world, but each one is a descendent of the original chiles indigenous to Central America and Mexico. In a way, Mexican culture has influenced world culture, at least in regard to flavor.

Leave us a comment with your favorites, along with a brief description in the section below.