Smoked Foods Taste So Much Better 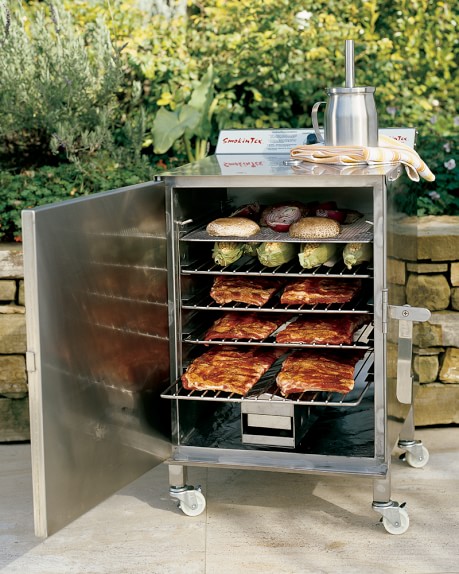 Smoking foods has been going on for many thousands of years and the incredible selection of smoked foods available to us today, far surpasses anything which our ancestors had to choose from. Quite possibly discovered by chance, with meat hung in smoky caves away from predators, our ancestors began to realise that smoked meats lasted longer before spoiling. Indigenous cultures around the world may have discovered the benefits of smoking fish, while simply trying to keep the flies away. Either way, the process of smoking foods preserves them by the process of dehydration and the anti-bacterial effect of phenols and other chemicals in the absorbed smoke. This simple fact was recognised by people all around the world and smoking methods and processes have been handed down through countless generations. While all of this was absolutely necessary in days gone by, today we are blessed with the marvel of refrigeration to keep our foodstuff fresh and yet smoking of food is still extremely common. 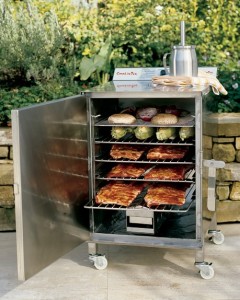 While food smoking was traditionally used simply as a way of preserving food, and had little to do with flavour, the practice continues, even though the main reason for doing it is no longer necessary. Taste has become the driving force in smoked foods and is becoming ever more popular. Ease of access to smoking equipment and technology has allowed many more people to practice it, without needing the large spaces or intensive labour traditional methods employ. Smoking still preserves the food, but it is the tenderness and flavours which are important today.

While it is possible today to purchase a smoker, some businesses still retain the old fashioned way of doing things, to provide the true taste of days gone by. This is where you should buy your smoked foods if you want to eat smoked venison which tastes exactly as it did in the banquets of historical figures like Henry the eighth. Smoking foods isn’t simply about bunging some stuff in your brand new smoker and turning it on, as it is not an easy process to get perfectly right, and some can be quite dangerous, if you get it wrong. There are two main methods of smoking foods, generally known as hot smoking and cold smoking. Hot smoking involves the meat or fish to be in the same chamber as the burning wood and heat and reaches temperatures between 190 and 300 Degrees Fahrenheit, with food cooked in anything from a few hours to a day. When finished, the food is cooked and is ready for immediate consumption. Cold smoking involves significantly lower temperatures and the food is kept in a different chamber from the heat source, with the smoke being pumped in. Cold smoking requires absolute precision, as the environment in the smoker can be perfect for botulism and other bacteria to grow.

Cold smoked foods are infused with flavour and preserved, but will generally require some further form of cooking, before they can be safely consumed. Local smoke houses are making a comeback, so if you have one in your area, it is definitely worth a visit to check out those amazing flavours, which are so much better than the average fare.