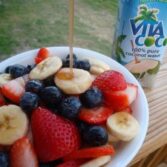 Fruit is a great go-to snack or dessert because it’s both healthy and delicious. This recipe uses Vita Coco Coconut Water in the glaze to give the fruit the perfect amount of coconut and sweetness. This is a recipe any kid will love (even if they aren’t a big fan of fruit). Let’s get started with these simple steps to prepare this coconut glazed fruit salad!

It’s that easy! This delicious red, white, and blue coconut glazed fruit salad is great as a picnic side dish on a hot summer day or as a healthy dessert any time of year when you get a sweet craving.

The cinnamon in this recipe really comes out after the sauce has been reduced. What’s great about cinnamon is that it not only adds great flavor, but it has some amazing health benefits, too!

Now, with that said, we are not saying that you should start putting large doses of cinnamon on everything, as it can be toxic in very large doses. Having a sprinkle in your coffee, oatmeal, your pancakes, or just a little on you fruit would never hurt. 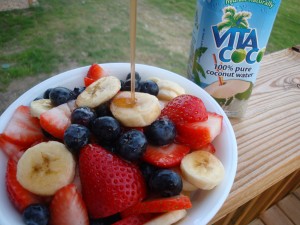 1
In a saucepan, mix the Vita Coco, arrowroot powder, agave, and cinnamon.
2
Bring this mixture to a simmer and let it simmer for 20 minutes. Mix continuously for the first 10 minutes.
3
Combine the bananas, strawberries, and blueberries in a bowl. (This mixture of fruit tastes so yummy together!)
4
Once the sauce is complete, pour it through a sifter to get rid of any clumps.
5
Drizzle the sauce over the fruit and enjoy!
Categories:Soups & Salads
admin 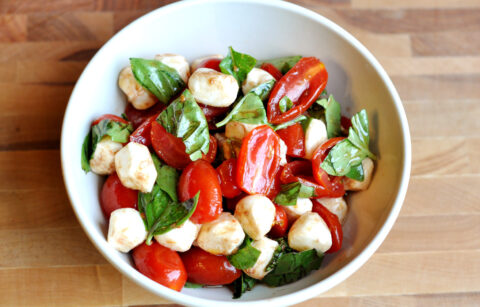 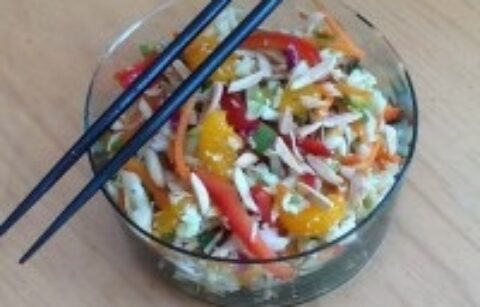 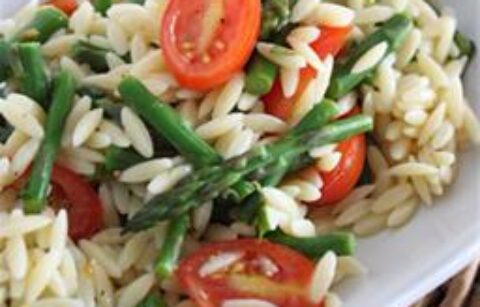 Orzo Salad with Tomatoes and Asparagus