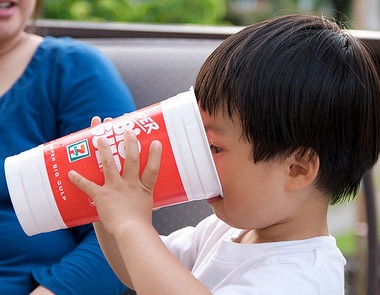 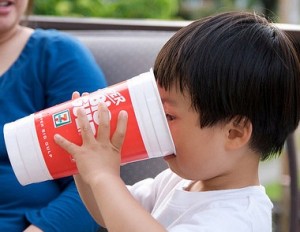 That’s right…NYC Bans Soda! In a stunning move today by the NYC Health Department, New York City became the first major metropolitan area to ban the sale of soda and other sugary drinks. As of March 1, 2013, restaurants and eateries, sports arenas and movie theaters, concession stands and mobile food trucks will no longer be permitted to sell sugary drinks over 16 ounces. However, convenience stores such as those found at gas stations will continue to be permitted to have any size beverage available for purchase.

The move comes, coincidentally, after yesterday’s announcement that fast-food giant McDonald’s said it would start displaying calorie figures on its menu. Some cities are also considering banning McDonalds coupons and other fast food coupons to help prevent against obesity.

Today’s vote passed by the NYC Board of Health with the following tally:

The ruling, which has created a lot of controversy among NYC citizens, was spearheaded by New York Mayor Michael Bloomberg, a man who’s made public health and safety an integral part of his mayoral mission. This morning on the NBC’s “Today” show, Mayor Bloomberg stated, “We’re not banning you from getting the stuff. It’s just if you want 32 ounces, the restaurant has to serve it in two glasses. That is not exactly taking away your freedoms. It is not something the Founding Fathers fought for.” Bloomberg went on to compare the ban against soda to smoking laws, declaring, “Where did I hear this before? Wasn’t it [the] smoking [ban] wasn’t going to work? Today it’s one of the best things we’ve ever done. Deaths from smoking dramatically coming down across the country, virtually every major city has adopted smoking ordinances.”

So what’s next? The banning of fast food coupons or soda from vending machines? Forcing restaurants to put nutritional information on menus? The truth is, we don’t know what’s next, but what we do know is that the next time we visit a movie theater in NYC, the large and extra-large soda or Icee option will no longer be an option because NYC bans soda…in a way. But hey, alcohols still legal in NYC and they even allow NYC mixology classes, but you definitely won’t find soda mixology classes now that this bill has passed! Contact the San Diego Recalled Food Lawyers with questions.

What’s your opinion on this? Share it in the comments section below.