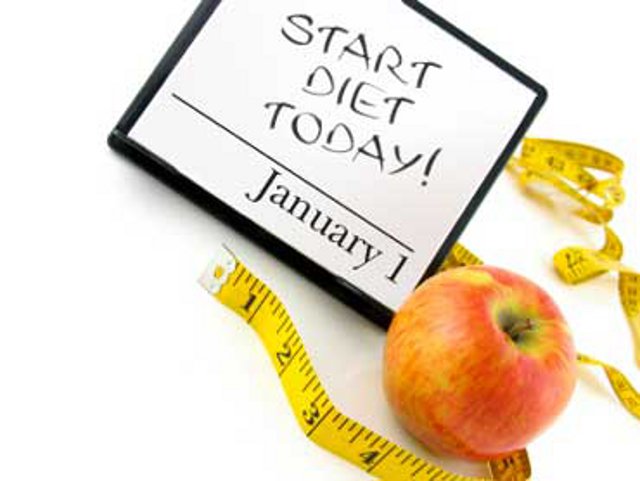 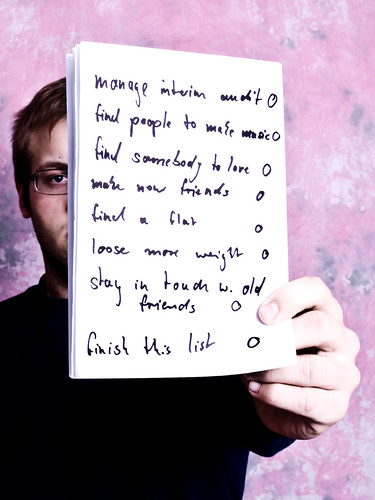 It’s that time of year when we all look forward to the next 12 months and evaluate what we would like to change in our lives. These changes normally come in the form of New Year’s resolutions, but as sure as February follows January, they’re often broken within just a few weeks of them being made.

That doesn’t have to be the case, though, as there are ways to give yourself a better chance of staying on that straight and narrow and really accomplishing something that you set out to achieve. Even drastic changes that will really affect the way you live your life are completely achievable and you will never need to worry about them again. And all of this can be done with the help of one simple acronym…

The main reason that 46% of people fail to keep their resolutions longer than a month is usually due to the fact that they haven’t thought about the details of their resolution. It’s not enough to simply say to yourself “I’m going to lose weight this year,” or “I’m going to stop smoking in 2013,” because these will more likely than not be broken in the time it takes to say them out loud.

However, if you apply these five thoughts to what you’re planning to change, then you’ll find it a lot easier to not only keep your resolution but track your progress along the way.

S – Specific. Forget about making general resolutions like “lose weight”–they need to be specific. You can decide this by answering what, where, when and why in relation to your goal. So “I would like to lose weight by going to the gym around the corner three times a week so that I can fit into a size 10” would be more appropriate.

M – Measurable. There’s no point having a New Year’s resolution if you can’t keep track of how you are doing throughout the year, so put things in place to be able to measure your progress. This can be done by using specific amounts when making your resolution. For example: “I’m only going to smoke five cigarettes a day for two months.”

A – Attainable. It’s much better to make small goals and then reevaluate them once you’ve achieved them than to make big ones that you’re never going to be able to attain.

R – Realistic. You need to make sure that your resolution is realistic in relation to what you want to achieve. For example, if you want to eventually stop smoking, then there’s no point telling yourself that you’re going to stop straight away, as this is unrealistic. It’s much better to put smaller steps in place that lead up to you quitting all together.

T – Timely. Your resolutions need to have a time frame. Just because it’s a New Year’s resolution doesn’t mean it’ll take you a year to complete. But similarly, it doesn’t mean you’re only restricted by the forthcoming 12 months either.

Most people’s goals for the year seem to center on breaking a habit of some sort. Whether it be smoking, eating too much or biting your nails; these have all been subconsciously learned at some point and so can also be unlearned. Did you know that if you naturally try to break a habit through willpower alone, it can take 66 days for the new habit (not doing whatever it was that you used to do) to take effect? Who realistically can wait that long, especially when there’s a simpler way.

Hypnotherapy for breaking habits has been known to achieve what it sets out to in just one, hour-long session. Doesn’t that sound easier than having to fight against your own free will for 66 days? All habits are carried out subconsciously, even the good ones. For example, when you learn to ride a bike, you have to really concentrate the first few times you try, but once you’ve mastered it, you do it without thinking.

Hypnotherapy addresses this subconscious area of the brain and works on breaking the old habit and replacing it with a new one. The trance-like state that’s created will help to make you more relaxed and heighten the subconscious so that this process can work a lot quicker and easier than fighting against your own conscious thoughts.

If you have any experiences of keeping your New Year’s resolutions or if you have any other techniques that may help people to; leave your comments in the space below.

This article is written on behalf of Fix My Mind by Chris Mayhew. Visit their website today to see how you too could achieve your new year’s resolution in just one simple session. They also offer hypnotherapy for smoking, phobias and to help you sleep.