Making Amends From The Heart

During treatment for addiction, addicts learn that there is more to their addiction than just drug use. That might sound absurd to say at first, but once people really dive into the demons of addiction, they learn that there were destructive personality characteristics present before the first drug was ever consumed. Once addiction reaches a certain stage, it is then that the true damage begins, much of the damage done to the people who love the addict. 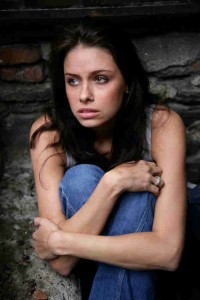 Common types of damage during addiction

During addiction, addicts leave a destructive path of harm in almost every area of their life. They may steal from loved ones. They may say hurtful things to the people that love them the most. They will often steal from strangers as well and lie to people they love. All of these things don’t go away just because an addict stops using.

It is for this reason that the programs of NA and AA highly tout the importance of making amends. What is making amends? At first glance, it may simply mean that an addict says they are sorry for the things they have done. In some cases, sorry just isn’t enough. The amends shouldn’t only be because a sponsor tells the addict to say sorry. The amends need to really come from the heart and there is a “making it right” component that must occur before the amends will work and provide healing in the life of the addict and the people they’ve hurt.

Amends in the steps

Amends is mentioned in two steps: Steps 8 and step 9. In step 8, addicts make a list of all people they’ve harmed in the course of their addiction and then express willingness to make these amends. This can be a long, detailed step that requires a lot of faith and courage. In step 9, addicts actually make these amends, where it’s possible, and then in cases where it’s not possible they will of course cope with that in private with their sponsor. For example, making amends to someone has passed away will be impossible, but some sponsors will have the addict write a letter to the person so that they can feel as if they’ve expressed their remorse sufficiently and have peace with themselves.

Steps 8 and 9 are extremely important parts of the AA and NA programs of recovery. They often require facing someone who may still be very angry, so it’s important to work closely with a sponsor during this time so that it’s possible to know where making amends would do more harm than good. There is a note that amends should only be made as long as it won’t harm oneself or others. For example, admitting to infidelity that is 10 years in the past might not be a good idea because it can greatly harm the relationship and the person who was unaware of it.

What’s most important is what you do AFTER making the amends. Once you’ve expressed remorse and let the people know you’re sorry you hurt them, you might also repay any debts you owe. You may be willing to help them as a way to say I’m sorry. This is the “making it right” component. It’s not just enough to make amends. They must be from the heart and they must include something good from yourself to replace the bad you’ve done in the past.

Making amends and moving on

Once you’ve made amends for past transgressions, it’s important to keep up with any amends you need to make in life before the list grows too long again. If you’re sorry, promptly admit it and make it right in your present life and you will never again have to see a list of wrongs against other people grow so long and so burdensome.

Making amends is important for recovering addicts because it allows them to replace the poison of the past with the healing nature of recovery in their present. In short, it brings a great deal of peace, both to the people who are sorry and to those who have been wronged. Not everyone will forgive an addict for the things they’ve done. That’s okay too. It’s still important to say you’re sorry from the heart, make the amends, and move on with renewed peace in life. Inpatient programs often introduce addicts to the concept of making amends so that they will be ready for this step in the future.