The Health Effects of Marijuana Legalization 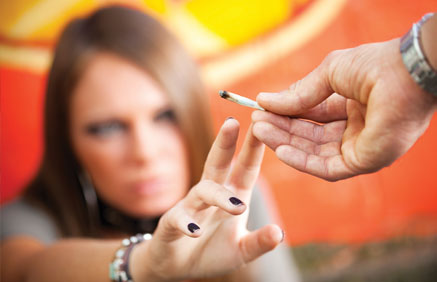 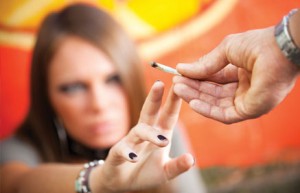 Marijuana is one of the most commonly used drugs in the U.S. During 2008 and 2009, marijuana use declined. But during the past few years, the numbers began to climb again and this is largely attributed to how youngsters, specifically the 12 to 17-year-olds, view the negative effects of the illegal substance. Nowadays, for instance, a lot of young people don’t actually think that marijuana is that dangerous, and their assumptions are somewhat backed by how some political groups have actually increased their efforts to legalize marijuana. Still, the current administration, together with the Office of National Drug Control Policy, and other federal and state agencies, are all vehemently against legalizing marijuana not only because of the bad health effects of marijuana, but also because it brings with it so many socio-economic detriments.

Although marijuana is touted as a fairly “safe recreational substance,” it actually brings some very serious health effects. Below are some detrimental effects of using marijuana.

When marijuana is used, the user will immediately feel several weird sensations, such as – feeling overly relaxed; decreased coordination and concentration; drowsiness; heart palpitations; redness of the eyes; and feelings of paranoia and anxiety. More serious effects include: hallucinations, feelings of panic, psychosis, and feeling removed from reality.

The effects of using marijuana on a regular basis do not just stop once the user discontinues use. For those who have used the substance frequently during their lifetime, they might experience some of the more serious adverse effects of using this illicit substance.

Marijuana contains a higher concentration of carcinogenic agents than common cigarettes or tobacco. A regular user can end up with cancer to the respiratory and digestive system, or cancer of the lungs.

2. Impairment of the Brain

Did you know that the regular and heavy use of marijuana can profoundly affect your brain? Once the brain is affected, the user will no longer be able to do his duties or responsibilities well. He becomes incapable of doing ordinary stuff, like driving or working.

There is real danger to those who are susceptible to developing mental illness. Individuals who have a history of mental health problems, including those who have family members who have been or are being treated for mental illness, are particularly susceptible. Using marijuana can cause psychosis. This is when people “see” or “hear” things. Marijuana use has also been linked to schizophrenia. In this type of mental problem, the patient hears voices, and these voices are telling or instructing him to do something. Marijuana also exacerbates anxiety and panic attacks.

In case marijuana becomes legal all across the U.S., it will bring so many socio-economic changes, most of which are not beneficial to society, along with the negative health effects of marijuana. For one, the legalization of the substance will mean lower costs, which then means that the drug becomes more affordable and available to many, if not all, citizens. It will then encourage drug use among people of all ages, which will do nothing to control drug-related violence. Because more individuals are using drugs, the amount of drug-linked crimes will increase, and so will the number of criminals who are involved in the business of using, selling or distributing drugs.

Claire Brown is a freelancer who often writes about criminal charges and personal injury. She also writes reviews about Bail Bonds Direct and other companies that provide bail assistance to those who are in trouble with the law.