The Health Benefits of Cinnamon

cinnamonThe Health Benefits of Cinnamon
9 years ago
by Amanda 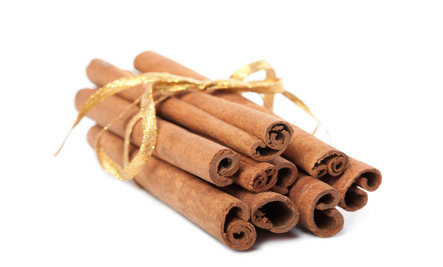 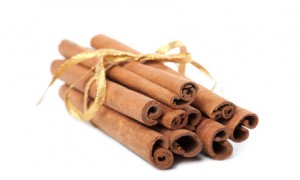 Cinnamon is one of the oldest spices known to man. Today we know it is more than just a flavor enhancer. It is known that cinnamon is also great for its medicinal properties. Cinnamon has a powerful anti-oxidant and has essential oils that can fight bacteria and even fungi. Read on to find out what are the other benefits of cinnamon.

The Health Benefits of Cinnamon

One of the great benefits of cinnamon is its ability to help people lower bad cholesterol levels. Cinnamon has blood-thinning agents that can increase circulation and help lower the blood pressure. Cinnamon has high levels of calcium and fiber which is helpful in guarding against heart diseases including coronary heart disease. Seasoning with cinnamon can also help people that have problems with diabetes as it lowers the possibility of a blood sugar spike. A daily diet of half a teaspoon of cinnamon can drastically lower the levels of low-density lipoprotein which can lead to serious heart problems like aneurysm. It is also known to lower the triglyceride levels.

The nose knows when an aroma can help people suffering from anxiety symptoms. Cinnamon’s aromatic properties can be healthy as it has been proven to be helpful against anxiety and depression. A few drops of cinnamon essential oils can help people with depression through aromatherapy. Of course, antidepressant medications should be the first line of defense. Aromatherapy has been known as a great treatment for anxiety and stress. It can help the mind to feel calmer and make one’s mood elevated.

Hot water with cinnamon can help people that are having stomach problems. It has been a traditional relief for gas pain and heartburn. One to two teaspoons of cinnamon and honey before meals can help reduce acidity in the stomach and promote better digestion. Another stomach ache remedy is to dissolve one teaspoon of cinnamon in a cup of water and drink it like tea. Cinnamon has anti-fungal and anti-bacterial properties which can help repel the increase of bad bacteria in the gut.

People that are having problems sleeping can increase their chances of exacerbating their anxiety symptoms. Good thing that cinnamon can help people get good quality sleep. Try mixing one and a half teaspoons of cinnamon with a teaspoon of honey to warm milk before going to bed. It is helpful to induce sleep and help alleviate insomnia.

Asthma sufferers can also get some relief from cinnamon. Mix one teaspoon of honey to half a teaspoon of cinnamon and take it nightly. It can help reduce the incidence of asthma as it can help repel allergens that may trigger the pulmonary disease. Of course, taking maintenance medicines and anti-asthma medication should be taken religiously. Also it would help to avoid the asthma triggers.

Discover more about foods and spices that serve as helpful addition to your anxiety treatment plan by visiting Calm Clinic prweb site.