Fucoidan Seaweed
10 years ago
by Amanda 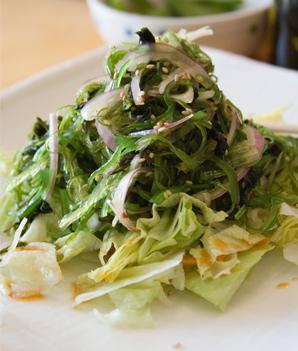 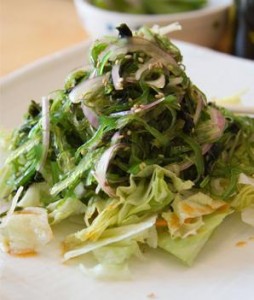 The latest buzz in the medical industry is that herbal foods such as seaweeds (also called sea vegetables) are regarded to be a great treatment for cancer patients and this topic has been attracting several scientists from around the world. Medical professional are extremely excited to have finally discovered the life-saving cancer cure from the ocean in the form of Fucoidan seaweed.

What is Fucoidan Seaweed?

For those of you, who are hearing the name Fucoidan seaweed for the first time, this is a complex polysaccharide (with anti-tumor properties) composed in huge part of natural sulfate and fucopyranoside that is seen in some brown seaweeds. Studies show that Fucoidal has a higher therapeutic potential, owing to the higher sulfate group counts in the plant.

Where is Fucoidan Seaweed Found?

Few of the seaweeds in which Fucoidan is seen in are limu, hijiki, mozuku, wakame, Kombu, and animals such as the sea cucumber. Researches have indicated that in Petrie dishes, it can cause specific kinds of quickly growing cancerous cells to self-destruct.

The Future of Cancer Treatment

Fucoidan seaweed has turned out to be the future of cancer treatment. And, this concept for cancer prevention or treatment dates back to as long as ancient Egypt. If you are wondering what’s so great about seaweeds, few facts indicate that the Egyptians in the ancient period used seaweeds for treating breast cancer even during the ancient times.

Fascinatingly, the postmenopausal women in Japan today experience just 1/9th the amount of breast cancer as against the United States women. The reason for such results is that the seaweeds form an important part of the Japanese diet right from ancient times. So, they also have the benefit of achieving the highest life expectancies.

There are several researches that have been carried out, and plenty of them are still being conducted using Fucoidan. The health benefits of this seaweed are amazing, as per the results of several recent studies.

The body triggers a natural process in the cell structure that renders the DNA blueprint useless. This helps the body to manage to get rid of the dangerous cells from the system, and all this can actually occur without harming the healthy and normal cells.

Several studies have proved that Fucoidan have caused self-destruction of cells in stomach, leukemia, colorectal, lymphoma, and breast cancers. Apart from its cancer healing and prevention effects, this substance is also known to strengthen the immune system significantly, while also helping to decrease the blood cholesterol levels. It is also effective in treating patients with meningitis.

Fucoidan Seaweed In a Nutshell

Fucoidan seaweed is the exciting future of treatment for the deadly disease, cancer. So, it may be a fantastic idea to include such herbal foods in your diet to rule out any possibilities of catching cancer, and similar life-threatening diseases in future.