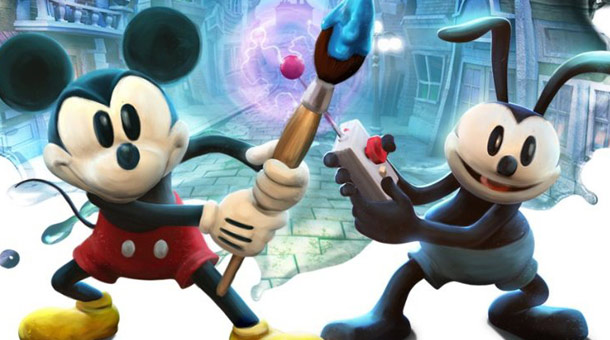 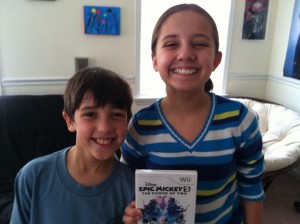 As you can see, I had two very excited kids looking forward to playing this game!

First order of business when playing anything multi-player on the Wii is determining who gets the first controller (with all the power). For this game, that also means you get to be Mickey Mouse. Every kids dream, right?

Grab a comfy spot, and GAME ON! 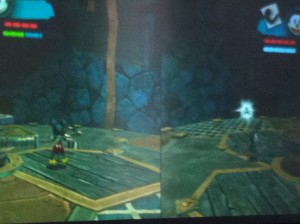 In Disney’s Epic Mickey 2: The Power of Two game download , Mickey and Oswald (the rabbit and ruler of Wasteland) team up to restore Wasteland while earthquakes try to ruin all of their hard work.

One awesome difference between this sequel and the original is that Oswald can be controlled by a player as opposed to just the computer.

When playing in two-player mode, the television screen splits to give each player a view of their gameplay.

My kids enjoyed the storyline and had fun playing the game. They had to learn how to cooperate together as some of the missions could not be accomplished without working together. Thankfully they perform well together and this was not an issue. The story lines that were presented in-between levels were very well done, and held the kids attention. 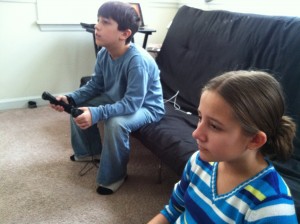 Mickey and Oswald have different abilities in this game, which makes the controls different as well. This did make transitioning characters difficult. The kids also had difficulty following what mission they were on and keeping up with the current tasks. Stopping to have ‘conversation’ with characters in the game just was not at their speed.

As you can see, we played this game on the Wii, but it’s also available to play on a computer, PS3, Xbox 360, or the new Wii U.

Overall, we enjoyed this game. I must confess that we are huge Disney fans. If your kids are Disney fans, can think outside the box, and cooperate together, then this game will be a fabulous addition to your collection.

This post is sponsored by Disney’s Epic Mickey 2: The Power of Two the video game.