What Effect Has England’s Smoking Ban Had?

smoking ban
10 years ago
by BerryRipe 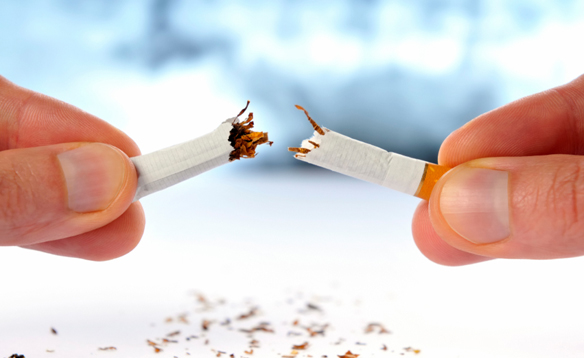 It’s been six years since England’s ban on smoking in enclosed public spaces came into effect, following the rest of the UK and making all workplaces smoke free. Since then, the sight of a huddle of smokers outside every office and notices promising ‘heated smoking areas’ outside pubs have become commonplace, but what effect has the ban had? Anti-smoking campaigners are understandably positive about the law. Action on Smoking and Health (ASH) research manager, Amanda Sandford, said the public response was ‘why have we waited so long’.

Polling evidence supports her. In 2012, more than three-quarters of UK adults (78%) were still behind the law.

The Government commissioned its own scientific research on the effects of the law, which found that it had had a ‘significant impact’, not least on the health of bar staff. The research, by the UK Centre for Tobacco Control Studies, found that the law had not had a significant effect on the country’s hospitality industry, something opponents have often claimed.

A different study looked at how children had been affected, and found that between 1996 and 2007 their exposure to second hand smoke was down nearly 70%. Opponents of the ban had raised fears that stopping people smoking in the pub would lead to them smoking more at home and harming their children. However, evidence from Glasgow University showed that the number of children admitted to hospital with asthma fell by 15% in the three years following the ban. A study into heart health found that heart attack admissions to hospital fell in Scotland by 17% in the year following the ban. Premature birth rates have also fallen.

However, while there have been apparent – and disputed – health benefits from the smoking ban, it doesn’t seem to have triggered a mass of smokers to quit, with one exception. Around the UK, the level of smoking remained at around 21% in the two years after the ban, but in the north east smokers started to quit in large numbers. In 2005 29% of adults in the region smoked, in 2005 it was 27% in 2011 21%.

ASH admits that, while it would ban smoking in cars, it will be hard to enforce and may be perceived as a step to far in infringing on personal liberty in a personal space.

Already restrictions on cigarette displays in large stores have been brought in and they will be extended to all stores in 2015. A law making cigarette manufacturers sell their product in identical plain packaging was expected in the 2013 Queen’s Speech, but for now has been stalled.

Electronic Way Around The Ban

Faced with mounting hostility to smoking, many tobacco users are looking at e-cigarettes as an alternative way to consume nicotine. Three million best e-liquid e-cigarettes were sold in the UK in 2012 and according to Cancer UK there will be 1 million users of the little gadgets, which are odorless, mess-free and considerably cheaper than tobacco, in the UK. The Government is carrying out research on e-cigarettes before it decides if their sale needs to be regulated, but for now, you can puff away on one of these machines under a no smoking sign quite happily in most cases.

But that would need the introduction of plain cigarette packaging, tougher legislation on sale displays in shops, high tax lien on tobacco and a crackdown on illicit tobacco, she said. “It’s children who start smoking, not adults. We need to prevent people starting in the first place, full stop.”
Derek Devlin is a writer and marketer and has taken an interest in smoking and now e-cigarettes for years and often looks for information at http://enjuice.com/blog/.