Croissant: The Breakfast for Winners

Croissant
10 years ago
by Amanda 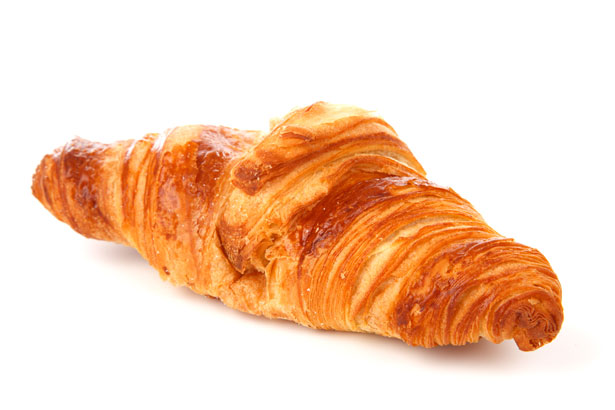 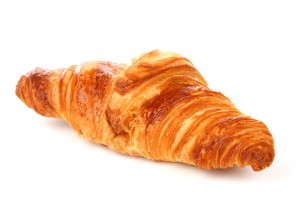 Breakfast is the most important meal of the day. The croissant is no longer a breakfast option for the French. The crescent-shaped butter treat is universally popular for many people around the world, looking for the perfect morning companion to their first coffee of the day. Even though it wasn’t fully embraced by the British until the mid 1980’s it didn’t take much time in catching up to compete against the British marmalade on toast. The croissant is a flaky and butter infused layered treat that has evolved into a French fast food alternative to the fatty American high street fast food chains.

The croissant began life in Austria under the name: Kipferl. There were mainly two options; one plain and one with a nut filling. Nowadays there are a number of different toppings and options for a croissant, including chocolate, nuts, different flavors of jam, and fruits and raisins, but eating a plain butter croissant is still the most common options. A chocolate filling is too much a like a pain au chocolat and a jam topping makes too much of a mess with flakes of sticky croissant emanating from each bite.

One could choose to eat the croissant the French way, which is to dip it as they seem to dip whatever it is they are eating for breakfast into their coffee. Having spent a year in France, I can confirm that almost every single French person does this. This is certainly the French way. A little extra butter for topping is optional, but a dip into the coffee, from fresh coffee beans, which is often poured into a cup that more resembles a small bowl is compulsory. No matter how much this idea repulses, it is worth trying at least once.

Some people go for the ends of the croissant first and then slowly make their way evenly to the middle, and if the French way of eating the croissant is chosen then this would be the natural method, but some people eat their buttery treat a very different way. They tease each layer of the croissant and taste the varying levels of crispness individually. This is good for a few times perhaps to spice up the relationship every now and then but although it is nice to enjoy the separate levels of crispiness individually, one soon misses the way in which they combine in one bite that samples each level playing off each other. The contrast of texture is one of the best things about a croissant, providing one doesn’t make too much of a mess while they are eating, of course. The croissant isn’t a food to eat in bed, which is perhaps it’s only criticism, considering that it is a breakfast food. But, really, there’s a good argument that no food should really be eaten in bed, unfortunately.

The croissant, therefore, is still the perfect breakfast treat. To those wondering if it’s healthy enough then have a banana or an apple after it. I’d say have a banana or apple before it, but, let’s face it, the croissant is going to be too much of a temptation to resist.