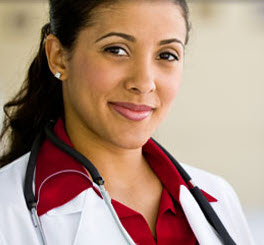 Dwarfism is not a condition that is properly understood by most people out there. When individuals see people that are not as them, misconceptions naturally appear. Unfortunately, one of the most important problem that has to be discussed is related to the general belief that those affected by dwarfism are just little and nothing else is wrong. That is definitely not the case.

It is possible to deal with proportionate dwarfism. In this case, development and growth problems result in poorly developed organ complications. As an example, the heart problems that appear when dealing with Turner syndrome will have a really bad overall effect on the person’s health. Sexual maturation absence that is highly associated with Turner syndrome or growth hormone deficiency will affect social functioning and physical development.

The women that have disproportionate dwarfism can easily end up with various respiratory problems that can appear during pregnancy. In almost all situations a cesarean delivery will be necessary since the pelvis’ shape and size do not actually allow a proper vaginal delivery.

It is quite obvious that those that are affected by dwarfism do not appreciate being labeled by this condition. The problem is that there are so many out there that talk to them with terms like little people or dwarfs. Some even use the term “midget”, which is seen as being highly offensive and should not be used.

Those that are particularly vulnerable are those that are younger and have dwarfism. They can be bullied, ridiculed and teased by classmates since dwarfism is not at all common. Children often find themselves isolated, which can lead to many other problems on the long run.

It is very important that you learn all that you can about dwarfism since there is a strong possibility that you also have some misconceptions. Those that do have to deal with the condition know that there is nothing unnatural and that “little people” are just like average height people.