A More Colorful Diet Means a Healthier, Happier You

colorful diet
10 years ago
by Amanda 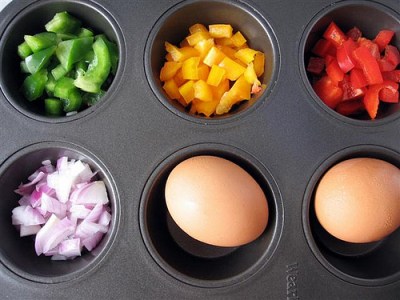 There’s one very simple trick to uncovering the most nutrient rich foods that can improve your health and quality of life; The more colorful diet, the better! We all know that fruits and vegetables are part of a healthy diet, but it’s the brilliant colors of these foods that truly posses the key to their powers. Unknown to many is the concept that each color, to a certain degree, is synonymous with a particular type of nutrients; and generally speaking, the richer the color the nutritious the food.

Red foods are among the most powerful antioxidant foods in the world. Some of the most notable ones include tomatoes, pomegranates, red chilies, cherries, strawberries, apples, red kidney beans, watermelon, pink grapefruit, cranberries and raspberries. They are rich in phytochemicals, including flavonoids, lycopene and resveratrol, each of which possesses powerful antioxidant properties. Red foods can aid in the reversal of chronic diseases, particularly prostate cancer, cardiovascular disease and inflammatory diseases. As if this news wasn’t good enough already red foods are also some of the most flavorful foods on the planet.

Green foods can help you fight cancer, cure bad breath and almost everything in between. The secret lies in the green pigment in the chloroplasts of algae and plants. Green foods are very rich in chlorophyll, which is a vitally important biomolecule in plants, that has a purifying or cleansing effect on humans. It specifically targets toxins that build up in the liver, which is responsible for removing toxins from the blood. Chlorophyl not only removes toxic buildup from the body, but it also works proactively by protecting you from environmental toxins that might end up in your food. Some of the most nutrient rich green foods include kale, cucumber, parsley, string beans, peas, avocado, lime, broccoli, spinach, and of course the wonders of kiwi fruit.

Carrots are the world’s premiere cancer fighting food and raw carrot juice is a staple of almost every cancer curing regimen. It’s no coincidence that they also happen to be one of the world’s most bright and richly colored foods. Beta-carotene, which gives carrots, pumpkins and sweet potatoes their color, is a carotenoid, which the body can convert to Vitamin A. Vitamin A is crucial for maintaining immune function as well as overall health. Like all carotenoids, beta-carotene is a potent antioxidant which defends the body from harmful free radicals. Carrots and other foods rich in beta-carotene have a reputation for nourishing skin, improving vision, anti-aging, and preventing heart disease and cancer.

All the Other Colors

The colors mentioned above aren’t the only ones that feature abundant health and healing properties. Any whole food that is rich in color most certainly possesses it’s own unique qualities that will contribute to your well being. Whether it’s dark blue blueberries or bright yellow squash you’re treating your body to some of the best that mother natural has to offer.

Link Between Colorful Diet and Happiness

In a recent Rodale study participants we’re asked about their lives in relation to stress, work, happiness and eating habits. The results indicated that those who ate the most fruits and vegetables were happier and less worried and stressed; all other factors being equal. The author concluded that “The more vegetables you eat, the happier and more satisfied with life you are. In fact, in one survey, eating seven to eight portions of vegetables was more strongly associated with happiness and overall well-being than employment status. ” As demonstrated by this study, fruits and vegetables not only prevent and cure diseases they promote everyday well-being and happiness. By maintaining a more colorful diet, you’re not only extending your life, but you’re greatly improving the quality of it.
NaturalNews is a health news website that features articles on everything from natural cures for mesothelioma to health promoting foods and supplements like ZMA.