Band Aid: What’s So Great About It?

band aid
10 years ago
by BerryRipe 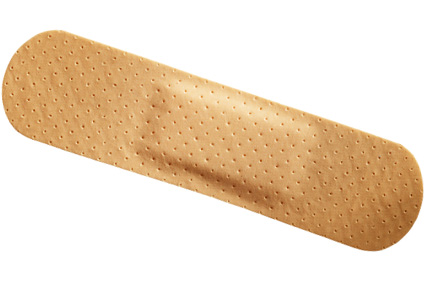 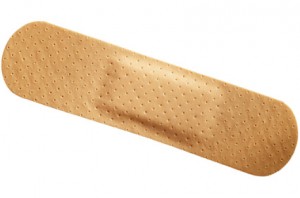 In every doctor’s office is a good supply of adhesive bandages, like Band Aid, to succor children after their shots. A themed Band Aid is a grand reward for going through immunizations; and away from the hospital, these bandages are now part of every family’s first aid kit. It’s hard to imagine a world without them, but did you know that the adhesive bandage didn’t come into existence until 1920?

Invention of the Band Aid

Earle Dickson invented the Band Aid for his wife, who was always cutting her fingers while preparing dinner. At that time, they would cut a small piece of gauze and then tape it to the wound. But, after only a few minutes, it would just fall off of Mrs. Dickson’s active fingers. (And it was time-consuming to prepare each bandage.) Earl, a Johnson & Johnson worker, used his ingenuity to invent a bandage that would suit his wife’s needs. He placed gauze at intervals on medical tape and then coated it in crinoline. This way, his wife only needed to cut off a piece and stick it to her finger. Quick, easy, and no hassle. Luckily for Earle, his boss, James Johnson, learned of his invention and eventually made Dickson vice president of the company.

How Does a Band Aid Work?

Band Aids protect the site of injury. When you get wounded, your body will work overtime in patching things up. However, healing takes time, and it is more difficult for cuts to heal when there’s infection. This is where the Band Aid comes in. The sterile bandage protects the site as your body heals. It keeps away dirt and other contaminants, and it also keeps the area moist. If the area stays moist, scabs won’t quickly form. This is an advantage since scabs form rapidly, and these could crack even before the injury underneath is not completely healed yet.

Has there been any other medical product that was as revolutionary for home care as the Band Aid? Well, there are actually a number of modern versions of the traditional yet still very effective and popular Band Aid. Instead of a Band Aid placed on your wound, you can apply a liquid bandage that not only protects your injury, but also helps in closing up your cut. This antiseptic glue can prevent a trip to the emergency room for another set of stitches. It is almost like healing the skin instantly– and a cut will have the strength of a 7-day healed scar after the glue is applied properly. Surgeons even use this liquid bandage for closing up the wounds of people who have undergone minor surgery.

While rather different from a regular Band Aid, this liquid bandage has a lot of potential. But the old Band Aid won’t be going anywhere soon just to make room. The Band Aid is still the ideal choice for any minor cuts or sores that result from everyday activity. And children will always be asking for a Band Aid–if not for their most recent battle wounds, then for the fun of having an adorable printed Band Aid on the knee or chin.

Claire Hunt is a freelance blogger and a registered nurse. She writes articles for www.ciamedical.com and many health and beauty sites too. CIA Medical is a distributor of several types of branded supplies like Ethicon, Victus, and ConMed.